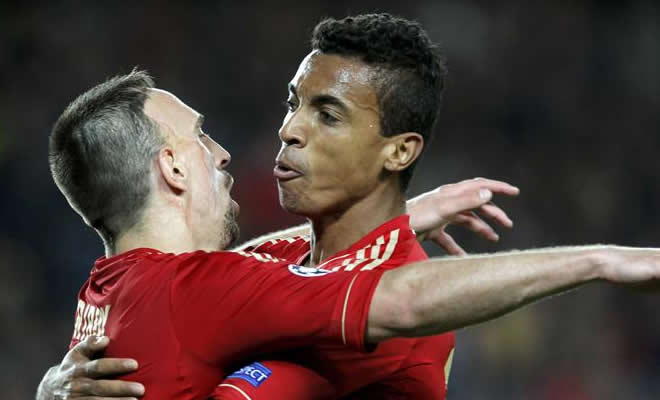 
The Gunners were reported to have had a bid around £ 17 million accepted for Gustavo last week, however, the Brazilian international has signed for the Bavarian's Bundesliga rivals on a five-year deal and will be presented as a Wolfsburg player later on Friday.

With the addition of Thiago Alcantara from Barcelona into an already packed blend of center-midfielders, including Bastian Schweinsteiger, Javi Martinez, Toni Kroos and Xherdan Shaqiri, Gustavo was available to leave Pep Guardiola's side.

A statement released on the club's official website reads, "Luiz Gustavo has transferred with immediate effect from Bayern Munich to Vfl Wolfsburg.

"The 26-year-old midfielder has signed a contract until 2018 and will be officially presented today (Friday) in Wolfsburg.

"Both sides have agreed to remain silent about the transfer arrangements."

Gustavo made ​​64 Bundesliga appearances for Bayern since joining from Hoffenheim in 2011 and was part of the Bavarian's historic treble-winning side last season, claiming the Bundesliga, DFB-Pokal and Champions League crowns.

at 11:40 AM
Email ThisBlogThis!Share to TwitterShare to FacebookShare to Pinterest
Labels: Bundesliga, Transfers