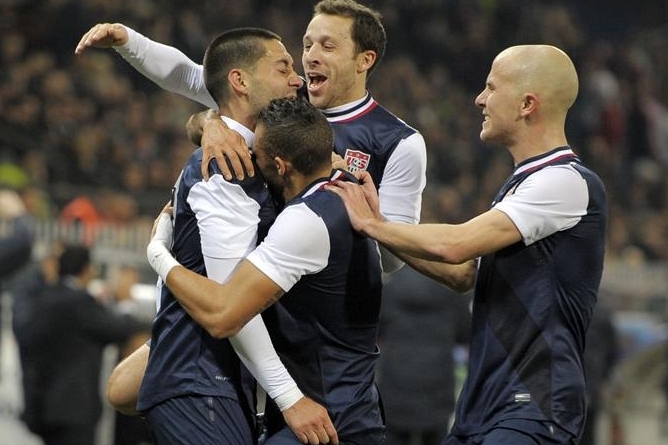 
Team Jurgen Klinsmana has made a record 11 consecutive wins and to the series increased to 12 will have to beat a solid Bosnia and Herzegovina in Sarajevo next Wednesday, according to the text of the portal Goal.com.

This famous sports portal "dragons" is presented as a team that currently ranks 14th position in FIFA's ranking, and the best players are characterized by Edin Dzeko, Vedad Ibisevic, Miralem Pjanic and Asmir Begovic.

The text also states that Bosnia and Herzegovina is located in a series of nine matches without defeat and sovereign marching towards Brazil, considering that it is located at the top of their qualifying group.

Otherwise, the roster for a friendly match against Bosnia selector U.S. Jurgen Klinsman will announce on Sunday or Monday.

According to reports of Bosnian media tickets for this match are sold out at high speed, after they released for sale, and it is assumed that the Olympic Stadium in Sarajevo to be quite full.
at 1:02 PM
Email ThisBlogThis!Share to TwitterShare to FacebookShare to Pinterest
Labels: Friendly