Review third qualifying round of the Champions League

Review third qualifying round of the Champions League 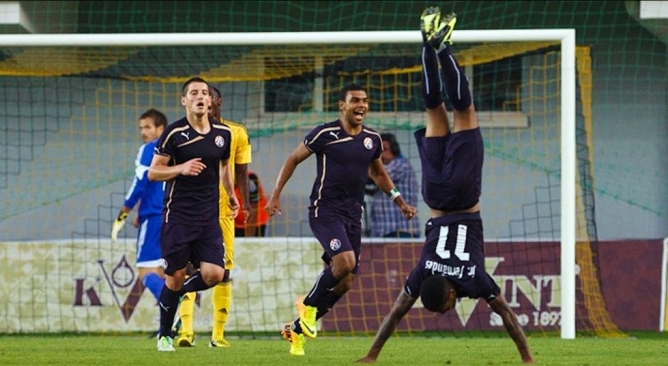 Last night and tonight are played the return leg of the third qualifying round for the Champions League, and in the playoffs for the group stage were placed mainly favored clubs


The biggest sensation of the previous qualification is Kazakhstanian Shakhtar who after ejecting Bate Borisov kicked and Albanian Skenderbau with the total 5:3 and thus quite deservedly qualify for the playoffs.

Legia Warsaw made ​​it to the playoffs. Poles are tonight drew (0-0) on their stadium against Norway's Molde. The first match ended 1-1, so the team from Warsaw passed on thanks to goal in the guests.

PSV after home wins with the triumphed in the return leg against Belgium Waregem. It ended 3-0 in favor of the Dutch.

Plzen is a total score of 10-2 finished the job with Kalju and qualified for the play-off Champions League. After the guests victory 4-0 in front of their fans celebrated with the 6-2. Three goals scored by Horvath and one Tecl, Hořava and Wagner.

Celtic players are qualified for the playoffs after tonight drew away at Elfsborg. It ended without goals, but Celtic has passed on thanks to a 1-0 victory in the first leg at home.

Dinamo Zagreb won 3-0 and so the total score of 4-0 and qualified for in the play-off for the group stage of the Champions League. Goals for the Blue have achieved Fernandes, Soudan and Chop.

Draw pairs of playoffs will be held on Friday in Nyon, and the same will be found by the 10 teams in the category champions and not-champions. Thanks to the high coefficients in the drum are from earlier Milan, Schalke 04, Real Sociedad, Arsenal and Pacos Ferreira.
at 3:06 PM
Email ThisBlogThis!Share to TwitterShare to FacebookShare to Pinterest
Labels: Champions League