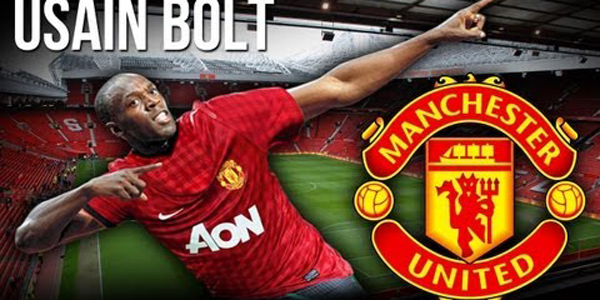 
Jamaican athlete Usain Bolt, the fastest man in the world, will get to play in a friendly match for Manchester United, which the English team 9th August at "Old Trafford" play against Sevilla, writes, "The Sun."

United, which for cheer Bolt, this news should officially confirm next week, according to the STA.

26-year-old Bolt is the winner of six Olympic gold medals and five gold medals from world championships and a world record holder in the 100 and 200 meters.

at 7:00 AM
Email ThisBlogThis!Share to TwitterShare to FacebookShare to Pinterest
Labels: Interesting, Usain Bolt