A deal was made: Cavani is a new player PSG!

Cavani is a new player PSG! 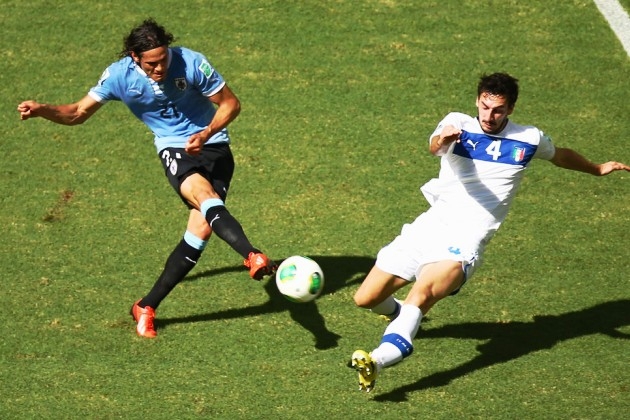 
Talks between Leonard and De Laurentiis lasted for six hours, the Brazilian was determined to finish the job in the early morning hours the deal was concluded. The show is not lacking, Napoli president is insulting journalists who have appeared in front of his office in Rome, did not want to make statements, but there is no dilemma, PSG's new club brilliant Uruguayan. It appears that the deal was made for around 60 million euros plus bonuses, to Napoli will get the lion's share, and the amount of 7 million goes and Palermo, which has a percentage of this transfer because Cavani Italia's career began in Sicily. There was talk about a possible loan Ibrahimovic, and about how to be part of the deal, but that has not materialized because the benefits are Swede too high for Neapolitans.
at 12:12 AM
Email ThisBlogThis!Share to TwitterShare to FacebookShare to Pinterest
Labels: Edison Cavani, France, PSG, Transfers