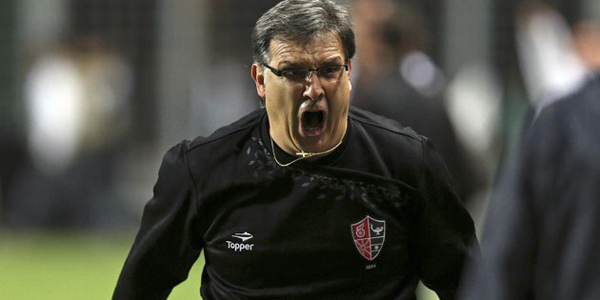 
Former coach of Newell's Old Boys arrived in the room Catalan club in the afternoon Monday, accompanied by two of his associates Elvi Paolorrosa and Jorge Pautasso, and has signed a three-year contract.

Argentine at the Barcelona coach replaces Tito Vilanova, who had to withdraw from the bench because of health problems.

Martin is in his career so far trained seven different clubs, but so far none from Europe. Since 2006th to 2011th year was coach Paraguayan national team, and in this period (2007th year) received the award for best South American coaches.

at 10:43 AM
Email ThisBlogThis!Share to TwitterShare to FacebookShare to Pinterest
Labels: Europe News, Premiere