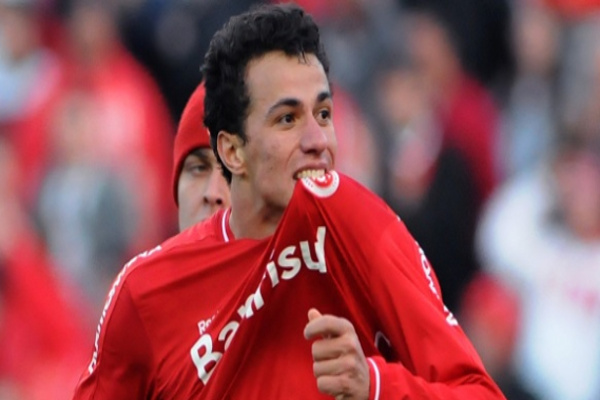 Leandro Damiao is on the verge of signing with Zenit from St. Petersburg


When everyone expected that the Brazilian sign a contract with the team Napoli, there was a turnover that many did not expect.

According to Brazilian media, the players agreed with Zenit, and his move will the leaders of the Russian cost 21.5 million euros.

Zenit is reportedly all agreed with the Brazilians, and he will earn 3.8 million euros per season.

Although Napoli "bite" to see him in their ranks last week spoke up and President International, who said that Damiao will remain at the club until next summer.

But the situation has obviously changed and Damiao has decided to strengthen the ranks of the Russian team.

at 12:26 AM
Email ThisBlogThis!Share to TwitterShare to FacebookShare to Pinterest
Labels: Rumors, Russian news, Transfers