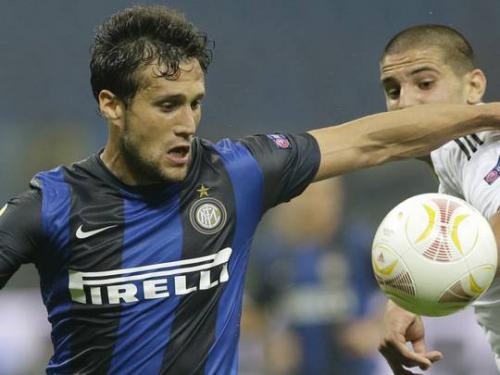 Milan have done a deal with city rivals Inter for Matias Silvestre, the Rossoneri Vice-President Adriano Galliani has Stated


Fellow official Ariedo Braida met with the Nerazzurri this afternoon to agree terms for the Argentine defender.

"Talks have been completed for Silvestre," Galliani noted to Sky Sport Italia. "He'll soon have his medical with us."

Milan made ​​a move for the former Catania and Palermo center-back given the recent injuries to Daniele Bonera and Philippe Mexes.

Silvestre, who Inter were forced to sign outright from Palermo this summer after a loan spell last term, was available for transfer.

He was omitted from Inter's pre-season training squad by new boss Walter Mazzarri and Subsequently turned down a move to Parma. Genoa were also keen.

It is understood that the 28-year-old will join the Rossoneri on loan, with an option to buy next June.

at 8:56 AM
Email ThisBlogThis!Share to TwitterShare to FacebookShare to Pinterest
Labels: Serie A