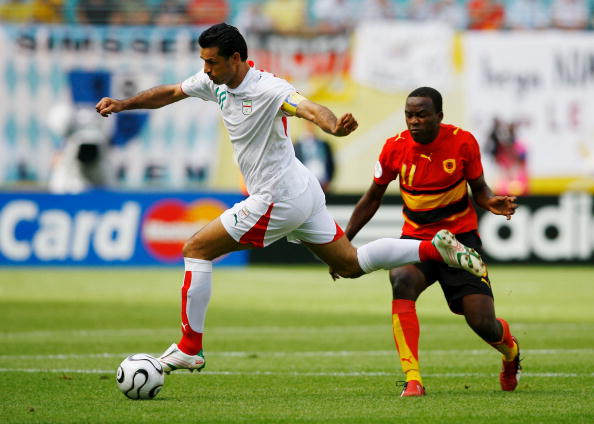 Daei is undoubtedly the most influential player in Iranian football, and it is safe to say he single-handedly lifted Iran out of footballing obscurity


In the past few years, football has grown in leaps and bounds. It has conquered new markets and has created a Furore like the world has never seen before. The vast commercialization of the clubs has made even average footballers household names all over the world. The constant spotlight gives them a hero like status.

Unlik the days from a decade ago, players had to prove Their mettle, toiling hard season after season, battling relegation dog fights, winning club titles, Ensuring Their country qualified for major international tournaments, beating the odds and over again. And in the process, making a name for themselves - becoming a legend.

And that is how the story of Ali Daei can be Outlined. From an engineering graduate playing for his home town club to playing for the biggest German club, and finally coaching and managing teams, all the while scoring a record number of goals for his country and propelling the national team to previously un-scaled heights.

Daei is undoubtedly the most influential player in Iranian football, and it is safe to say he single-handedly lifted Iran out of footballing obscurity.

Daei played for his home town club Esteghlal Ardabil, and Taxirani FC, and represented another Tehran-based club Bank Tejarat FC during the years of the Iran - Iraq war, Which devastated the country and left its football reeling at its lowest point.

The national team needed a life, a talisman. Enter a tall, powerfully built, accomplished striker capable of finding the net at will. 19 days after his national team debut, Daei scored his first international goal. And that was the point of no return. He never stopped scoring after that.

The Wizard of Tehran, Ali Daei went on to score 109 international goals in 148 games for Iran. He broke the record for the most number of international goals, previously held by Hungary's Ferenc Puskas. His record becomes Even more impressive when one considers the fact that he was called up to the national team only after he turned 24th He still remains the only male footballer in the world to have scored more than a century of international goals

- Most Valuable Player and top scorer of the 1994 Asian World Cup preliminary finals (4 goals, Doha / Qatar).
- Top scorer of the 1996 Asian Cup (8 goals, UAE).
- Named the world's top scorer in official international competitions by the International Federation of Football History and Statistics (IFFHS).
- Top goal scorer of the Iranian National Team in 1990, 1991, 1992, 1993, 1995th
- Asian Footballer of the Year 1999th
- A 20,000 seater stadium in Ardabil, Iran has been named Ali Daei Stadium.
at 8:48 AM
Email ThisBlogThis!Share to TwitterShare to FacebookShare to Pinterest
Labels: Ali Daei, News