David Villa was presented in Madrid

David Villa was presented in Madrid 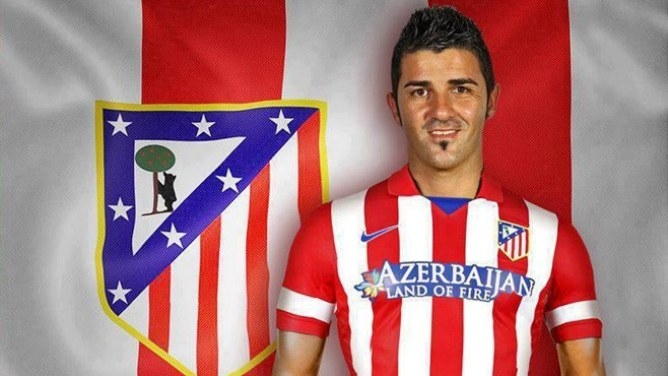 
Barcelona and Atletico Madrid have agreed to move David Villa in the club from Madrid. Atletico has paid to Barca 5.1 million euros for a attacker national team Spain. Vila was yesterday unveiled at the Vincente Calderon stadium in front of several thousand fans. Villa was brought in as a replacement for Falcao and it is indebted jersey with the number 9, which was great Columbian wearing the uniform of Atletico before moving to Monaco. Villa is in the club's career so far played a total of 407 matches and scored 216 goals. Here's how it looked like David Villa is presented in Madrid.

at 2:33 AM
Email ThisBlogThis!Share to TwitterShare to FacebookShare to Pinterest
Labels: Premiere, Transfers