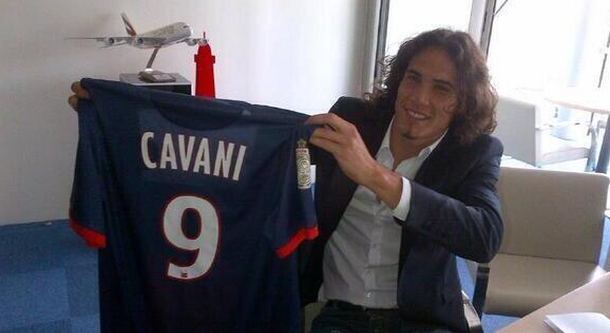 What was previously announced, today it became official. Uruguayan striker Edinson Cavani has signed for PSG


Cavani is on Monday morning arrived in Paris, and today, following the medical examination, signed with super rich Parisian club.

Uruguayan had been targeted by Real Madrid, Chelsea and Manchester City, but at the end of the race for his signature celebrated team from Princes Park.

Cavani will yearly earn about nine million, while PSG came from Napoli, where he is developing into one of the best strikers in the world. His professional career began from Danubio 2005th year, and two years later moved to Palermo.

at 11:12 AM
Email ThisBlogThis!Share to TwitterShare to FacebookShare to Pinterest
Labels: France, Transfers