Horror in Brazil: Judge with a knife killing a player, and then fans killed him and cut off his head

Horror in Brazil: Judge with a knife killing a player, and then fans killed him and cut off his head 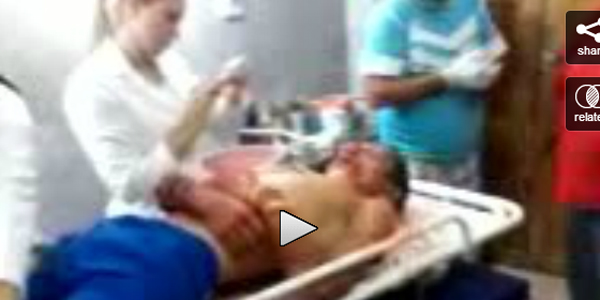 Main Judge of one match Brazilian lower class league with a knife killed a player, then the supporters beheaded arbitrator


This tragedy occurred in the Brazilian state of Maranhao.

Brazilian police stated that it all started when the football referee Octavio da Silva Cantanhede Giordano (20) showed a red card player one of the teams Josemir Santos Abreu (30). The player is then struck the judge, who then pulled out a knife and stabbed him in the chest.

Abreu died on the way to the hospital, and the fans are then moved into a bloody revenge. First the to death beat Giordano , and then they cut his head and leave it on a rung goal.

This amazing event was recorded with mobile phones and released to social networks, but the video quickly removed. Police said that searches for the participants of this terrible event.
at 11:52 PM
Email ThisBlogThis!Share to TwitterShare to FacebookShare to Pinterest
Labels: Scandals