Wenger: "Cazorla is underestimated in the Premier League" 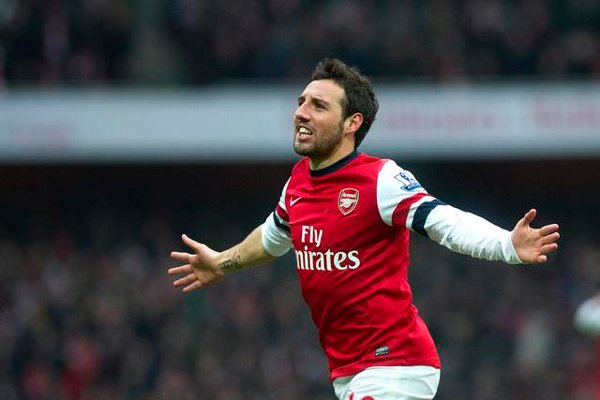 Arsenal manager Arsène Wenger praised Santi Cazorla as this season has been the main driving force of the team on the road to place which next season leads in the Champions League.

Wenger says he is impressed by the fact how fast the Spaniard adapted English football. Soon it was established on the place the main creators of Arsenal, and so compensate Cesc Fabregas transfer to Barcelona.

"I think he's a little underestimated player in the Premier League. When you see that it is not selected in the team of the season by their colleagues, you act unjustly." "I'd put him in the team of the season. When you look at his quality, which is unbelievable, and his attitude and commitment to the team, you realize that he was one of the best players this season," said Wenger. Cazorla this season while playing for Arsenal marked a total of 37 appearances in the league, while scoring 12 goals with even 11 assists.
at 11:36 AM
Email ThisBlogThis!Share to TwitterShare to FacebookShare to Pinterest
Labels: Arsenal, Cazorla, Premiere League