Neymar: "I will not leave Santos before Mundial"

Neymar: "I will not leave Santos before Mundial" 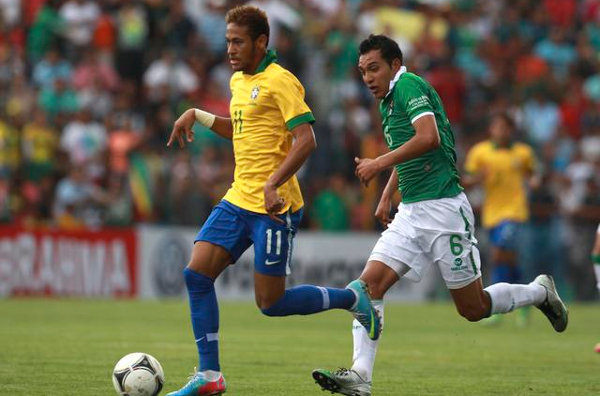 In a statement the French "Le Monde", the Brazilian striker Neymar assures the public that he will not leave Santos before the end of the World Cup in Brazil, which is scheduled for next year


Brazilian Neymar has confirmed a decision that will not leave Santos before the World Cup in Brazil that he was at this time the main goal.

Barcelona team believes that Neymar 'tied' to the Catalan club. They happen to be ready for the moment to give advance 10 million Neymars father.

On the other hand, Real Madrid currently has two of its delegates in Brazil trying to convince Neymar to cross into the ranks "Galaktikos".

And Neymar claims that have not signed a pre-contract with Barcelona and it has not yet decided in which the European team will continue his football career.

The Brazilian says that has several options, but added that he would try to, on the day when he leaves Brazil, go to club which would allow him to further improve his game, both technically and in physical and every other sense.
at 10:52 AM
Email ThisBlogThis!Share to TwitterShare to FacebookShare to Pinterest
Labels: News, World Cup