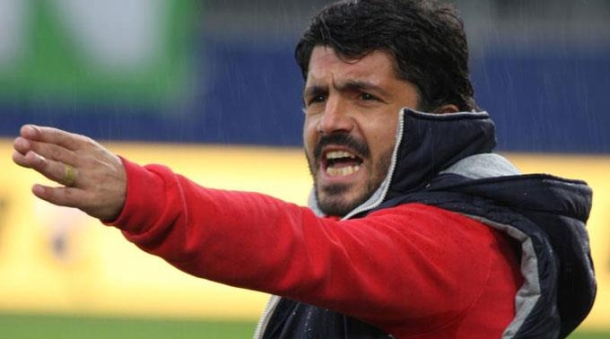 After having performed the coaching job in Sion, now awaits a new job as coach of Palermo


According to Italy's largest sports daily "La Gazzetta dello Sport," former Italian midfielder Gennaro Gattuso is the new coach of Palermo, who this season dropped out of the first division, and will try to immediately return to the company the best.

The official appointment will not happen in the foreseeable future because Gattuso still plays for Swiss first division club Sion, a season in Switzerland is not finished.

During this season, Gattuso for some time and was player-coach at Sion, and in 12 games achieved three wins, four draws and five losses.
at 7:38 AM
Email ThisBlogThis!Share to TwitterShare to FacebookShare to Pinterest
Labels: Serie A