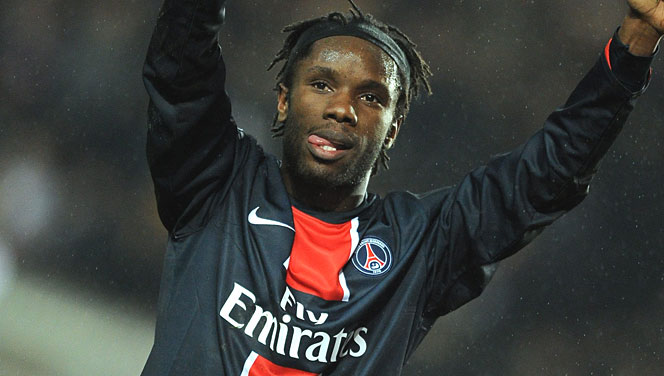 Frenchman who by agreement terminated the contract with PSG, has one more chance to prove himself in the team Red Bull NY.


The former star of the U-21 team of France after the takeover of the owner from Qatar team PSG, he had to find a new club because after the coming of big stars received less and less minutes on the field.

He joined the Red Bull camp at Desert Diamond Cup and played 113 minutes, but still did not satisfy coach Mike Petke.

As Petke said, Peguy did not fit as can be seen on it, but actually the real problem is that too little see from him every day.

Lyendula is in society Thiery Henry, his national in the team Red Bull, who is also the team captain. In the in the team is also Juninho Pernabucano who now plays for Red Bull.

Against New England they play for third place at the Diamond Cup, and Luyindula hopes to get more minutes to prove his worth.
at 2:33 PM
Email ThisBlogThis!Share to TwitterShare to FacebookShare to Pinterest
Labels: MLS news