e-enko: A great job has a new coach Toronto FC

A great job has a new coach Toronto FC 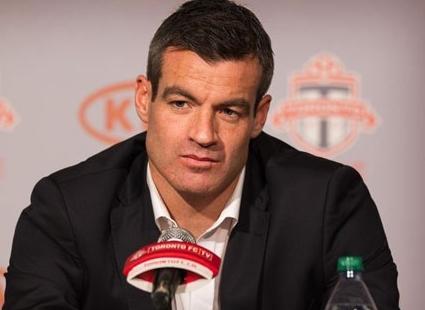 After being appointed as the new coach, he gets a great job in the season, which begins for 6 days.


Last season was the worst in the history of the club Toronto FC, but new coach Ryan Nelson thinks he can make progress, which will take time.

In the team are an experienced Torsten Frings and Danny Koevermansbut also reinforcement like the Canadian talent Kyle Bakker and Emery Welshman.

It will take time for the team interplay and arrange so that Nelsen requires patience from both the administration and the fans. Of course there will be still low performance but it will try to make some of the results so far Toronto is not recorded.

It is clear that after the past 6 seasons and very low performance (average wins per season over the last 6 seasons is 7.5), this club can hope for better times. In the past period, 2 coaches have lost their jobs (Aron Winter and Paul Mariner), and hope that this time asking the right person on a bench, says club management.
at 1:31 PM
Email ThisBlogThis!Share to TwitterShare to FacebookShare to Pinterest
Labels: MLS news