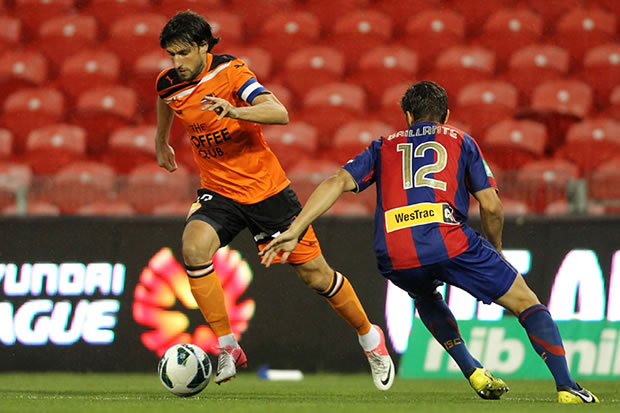 The encounter between the Newcastle Jets and Brisbane Roar marked goalkeepers at Hunter Stadium.


Keepers Birighti Mark and Michael Theo showed their qualities and their defense helped their teams not to receive a goal.

In the first half, the Jets had the initiative, while the other part belonged Roar. Several strong attempts Roar forced Theo to show his worth.
Newcastle is strong started in the first 10 minutes and had a couple of good opportunities. Emile Heskey hit the post in 6 minutes. Thomas Brioche had a good try after the break, but the mood Birightti closed off all access to his goal.

Roar took the initiative in the second half and it looked like he was going to get into the lead when Ivan Franic played away Berisha but Brightti defend this. Its opportunity is not used nor Jade North a few minutes before the end of the first half.

In the 52 th minute Ruden Zadkovich tried left foot but Theo and this stops. After that, another good defense Thea after several adding guest teams and shot Taggart.

This draw is kept both teams in the top part of the Hyundai A-League.
at 12:10 PM
Email ThisBlogThis!Share to TwitterShare to FacebookShare to Pinterest
Labels: Australia