Young Villarreal star Luciano Vietto is a target for Liverpool, his agent Jorge Cysterpiller has claimed. The 21 year old has impressed for the Yellow Submarine this season, and his 18 goals and six assists are a major reason for the club sitting pretty in sixth in La Liga. 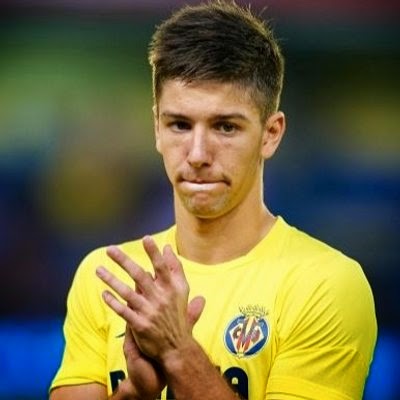 Cysterpiller said to Spanish newspaper AS that Vietto "could sign for Liverpool" and there were other "big" clubs interested in him, including
Real Madrid and two other "German clubs".

Vietto joined Villarreal from Racing in his native Argentina last August, and has been valued at over £10m+. Sources are saying that Liverpool could offload Mario Balotelli to make way for the talented Argentine striker.
at 9:23 PM
Email ThisBlogThis!Share to TwitterShare to FacebookShare to Pinterest
Labels: Liverpool, Luciano Vietto, Villarreal