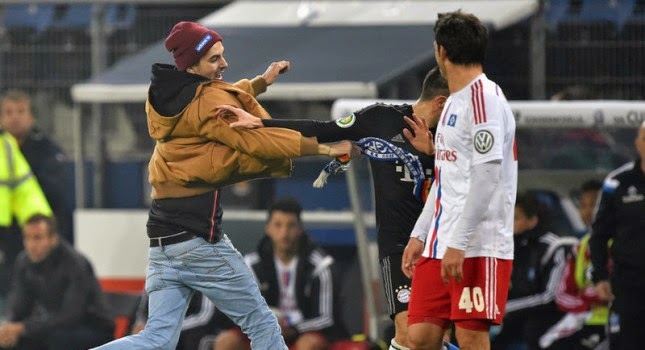 
The French winger was booed by the home supporters inside the Imtech Arena every time he touched the ball and scored himself via a deflection in the 55th minute to seal victory for the defending champions.

The incident occurred in stoppage time when a spectator ran the width of the field and hit Ribery in the face with a scarf before taunting the Bayern star. The man was subsequently accosted and escorted out of the stadium.

Commenting on the confrontation, Ribery told German television after the match: “Fortunately, nothing much happened. It was a difficult situation. I didn’t see him coming.”

Robert Lewandowski had opened the scoring for the Bavarians after just seven minutes and David Alaba doubled their advantage just moments before half-time, with Ribery wrapping up the content early in the second half, although Pierre-Michel Lasogga pulled one back for the hosts with five minutes remaining.