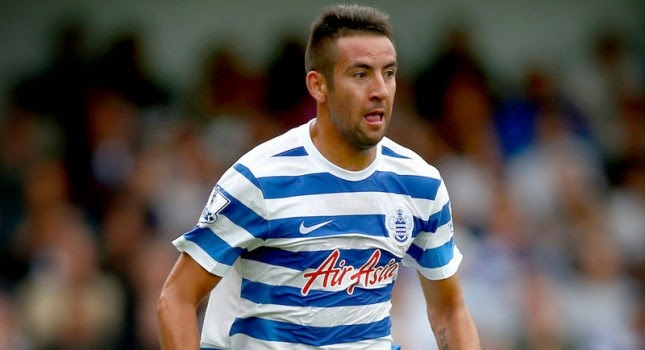 
Isla joined Loftus Road on a season long loan from the Italian side Juventus and his arrival has seen Danny Simpson leave for Leicester City.

Having initially struggled to make an impact at QPR, rumours broke that he wanted to go back to his parent club.

After featuring in Queens Park Rangers’s 2-0 home win over Aston Villa, Isla has moved to deny these reports, insisting he is happy at the club.

He said in the Evening Standard on speculation he is exploring Italian options: “That was never going to happen.

“People talk but I’ve never spoken about it. I’ve not spoken to a single director at Juventus since I came to England, not even to the coach there, Massimiliano Allegri.

“It is important for me to stay here a long while because I need to get match fitness back after the cruciate knee ligament injury I had. After playing so many games for Udinese, it was a bit of a sad situation at Juventus.

“Because of the injury and other reasons, I didn’t play all that much for Juve. On the other hand, I’m playing regularly here, so I’m really happy about it.”

Having been frequently used in a 3-5-2 right wing back position for Juventus, it has taken Isla time to adjust to playing right back in the Premier League.

He added: “It’s a long time since I played in a four-man defence.

“It’s not something I did very often in the past. But you need to learn fast. English football is one of the best in the world, so I’ll train hard to learn the right-back role because that is what I’m here to do. It’s a while since I played on the flank with (Eduardo) Vargas, too.

“In the national team, I play on the right with (Arsenal forward) Alexis Sanchez but Vargas and I can work well together.”
at 5:05 AM
Email ThisBlogThis!Share to TwitterShare to FacebookShare to Pinterest
Labels: English Premier League, Football rumors, Isla, Premiere League, QPR, Rumors