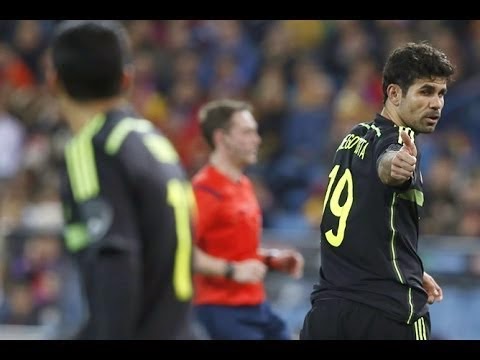 Despite his heroics for the club, Costa somehow has failed to recreate that magic for his country, having failed to open his goal scoring account for Spain in nine matches

However, it seems like his team-mates are keeping hopes on him to deliver at the earliest. Valencia striker Paco Alcácer at a press conference in Luxembourg said:

"He will score soon (for Spain), I have a very high opinion of him and sometimes bad streaks happen but he’ll break it soon.


Is it just a bad streak? Or is he finding difficulty to gel into a new team? Whatever it is, he needs to score before the pressure starts mounting on his shoulders, if not already."
at 1:14 PM
Email ThisBlogThis!Share to TwitterShare to FacebookShare to Pinterest
Labels: Chelsea, Diego Costa, Euro 2016, National team of Spain, Spain