And Ajax in a rece for PSG talent

And Ajax in a rece for PSG talent 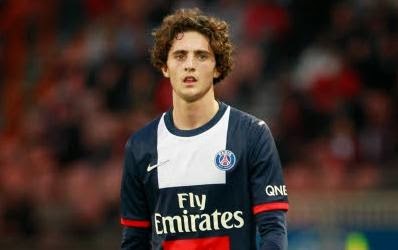 According to the French newspaper Ajax offered €5 million for the 19-year-old in the summer. but PSG were not interested in selling at the time. However with first team opportunities slim for Rabiot, Ajax are set to rekindle their interest in January, and make a loan offer.

Rabiot made 34 appearances for PSG last season, scoring three goals, and the French U21 international has attracted interest from the likes of Arsenal, Roma, and Juventus.

The midfielder’s contract in Paris expires at the end of the season, but he is expected to extend it after talks with the club this week.