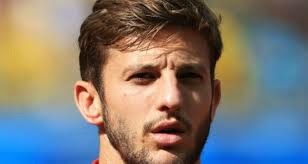 
Lallana started for Liverpool in their Champions League opener with PFC Ludogorets and is line to feature against FC Basel tonight.

Having missed the start of the season through a knee injury, Lallana has come into the side in recent weeks as he looks to cement a place in the starting roster.

"I've always dreamed about playing in this competition as a kid," said the £ 25million summer signing from Southampton.

"I feel I am more or less there on fitness. I knew it was going to be tough, I am just delighted to be back playing for such a fantastic club.

"I think it gives you more game opportunities to get up to speed, to knit with the group and your new team-mates.

"It is obviously a tough competition and there is no easy game but, to take the positives out of it, it is another game."

Liverpool have made a disappointing start to the 2014/15 season, however a win in Switzerland tonight would put them in an excellent position, ahead of a double header with the tournament holders Real Madrid.