Excerpt from Luis Suarez's new book: "Call me a biter or a diver, but I'm not a racist"

Excerpt from Luis Suarez's new book: "Call me a biter or a diver, but I'm not a racist" 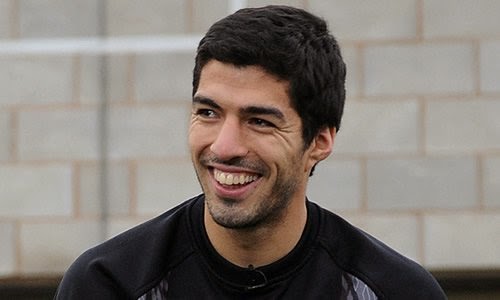 Barcelona forward Luis Suarez, maintains he was misunderstood during the incident with Patrice Evra in 2011, which saw him banned for eight games and labeled a racis


The Uruguayan's career in football has been littered with indiscipline. Back in 2011, as a Liverpool player Luis Suarez was accused of acts of racism towards Manchester United's Patrice Evra - whilst their two sides fought in a Premier League clash.

Suarez acknowledged that he was wrong and physically attacking Branislav Ivanovic and Giorgio Chiellini. On both occasions he bit the players, and was recently handed a four-month ban for biting the Italian defender at the World-Cup.

However, in his new Autobiography - 'Crossing the Line: My Story' - the Barca-boy insists his innocence over racist allegations:

"Call me a bitter or a diver, but I'm not a racist. I was banned for eight games, and, much worse, got labeled a racist for life. It's a serious accusation.

It hurts because of how it affects me, it hurts because my wife had to suffer through the hearing too, watching me getting accused of being someone she knows I'm not, and it hurts because in the future the stain will still be there when my children grow up. It's a slur on my name that no-one can take away."

"Did I use the Spanish word 'negro' in an argument that took place, in Spanish, with Patrice Evra on 15 October 2011 in a game between Liverpool and Manchester United? Yes."

"I was horrified when I first Realised that is what I was being accused of. And I'm still sad and angry to think that this is a stain on my character that will probably be there forever."

Even if Suarez is telling the truth, there have been countless acts of racism in football that the public have never heard of. When will Racism truly be kicked out of football?
at 1:06 AM
Email ThisBlogThis!Share to TwitterShare to FacebookShare to Pinterest
Labels: Barcelona, Luis Suarez, No to racism, Suarez bite