Euro 2016 qualy: Portugal against France and Denmark without Coentrao, five Belgium players were not trained

Euro 2016 qualy: Portugal against France and Denmark without Coentrao, five Belgium players were not trained 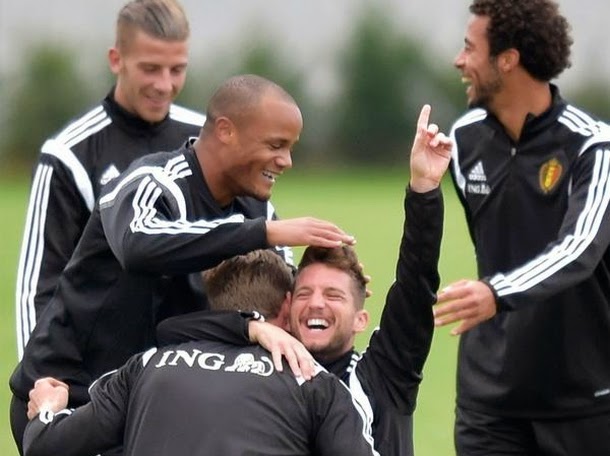 DF Real Madrid will due to injury miss the next two matches of the Portuguese national team.Marc Wilmots, faced with less difficulty in terms of the health status of players ahead of the matches with Andorra and Bosnia and Herzegovina.

Portugal on Saturday plays a friendly match against France, and three days later welcomes Denmark in qualifying for Euro 2016. The Portuguese were in the first qualifying round defeated at home by Albania with 0: 1.

Selector of Belgium for the next two matches left without Axel Witsel, which is the standard player of the Red Devils. Marc Wilmots know candidates which should take Witsel's place in the team.

"I have an idea who could replace Witsel, but I do not want to disclose. I got in my head a potential solution to this position and I'll be deciding whom provide an opportunity," said Wilmots.

In addition, yesterday's training on which there was a good atmosphere missed Thibaut Courtois, Eden Hazard, Sebastien Pocognoli, Steven Defour and Radja Nainggolan. None of the players the problem is not of a serious nature, and it should be ready for qualifying.

"Hazard came wounded from London, but it seems to me that it is not serious. His finger was flooded but nothing broken. He will joining us, I hope, as soon as possible," said the coach.
at 2:14 AM
Email ThisBlogThis!Share to TwitterShare to FacebookShare to Pinterest
Labels: Belgian national team, Euro 2016, Portugal national team, Qualification for Euro 2016