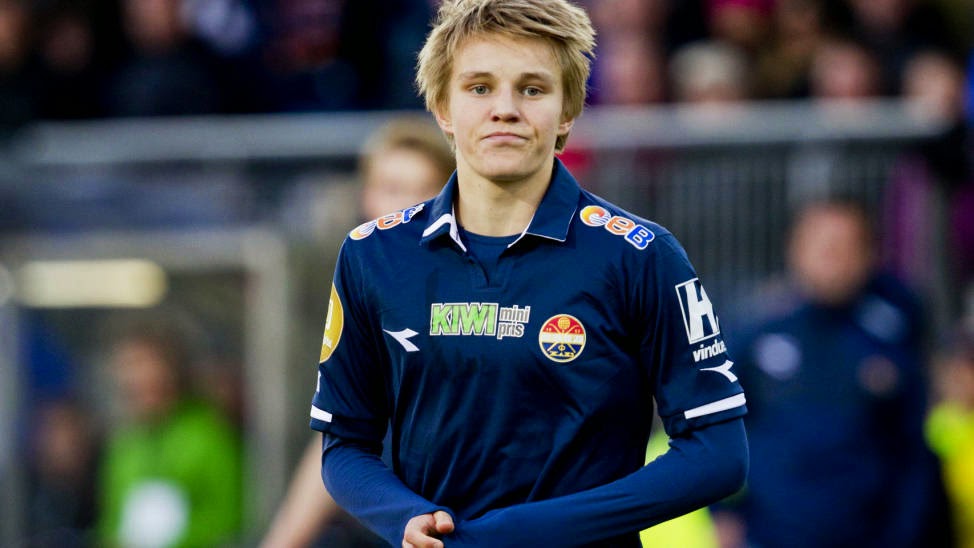 Odegaard has hit the headlines in the past few weeks, starring for his club Stromsgodset, and earning two caps for the Norwegian national team, despite only being 15 years old.

A host of major clubs have been linked to the midfielder, and speaking to Norwegian newspaper VG, Ajax boss Frank de Boer confirmed his interest in Odegaard.

De Boer said, “What he’s been doing lately at the age of 15 is amazing. He can now compete at the highest level in Norway.”

“From what I’ve seen he has good dribbling, ball control and he has a great scoring ability. It is remarkable to see that at such a young age.”

“If I was him i would choose Ajax. Here young player’s get a chance. If he chooses an English club, he will not get many chances.”

“I would because of the good education opt for Ajax. Here he can take the next step. Maybe then he is ready for a new step up at 20 or 21 years old.”

The Norwegian newspaper also confirms with the players father that talks with Ajax have already begun.