Hakan Calhanoglu stars in thriller between Bayer and Werder Bremen

Hakan Calhanoglu stars in thriller between Bayer and Werder Bremen 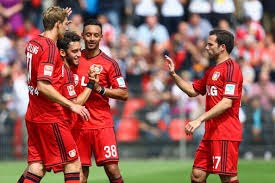 The Turkish international scored a stunning free-kick in the 63rd minute levelling the score at 2-2.

Calhanoglu received a rating of 7.9 from WhoScored and now has four assists and two goals to his name this season.

Çalhanoğlu established himself as a first team player at HSV last season scoring 11 goals and making four assists in 37 appearances.

18-year-old Levin Oztunali made his Bundesliga debut for the club starting in midfield.