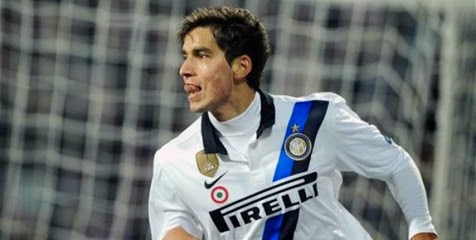 Argentinean on Saturday night arrived in Sunderland for medical examinations and today will formalize his transfer to English club.

Alvarez was three years ago came from Velez Sarsfield for 13 million euros, but this season is not in the plans Inter's coach Walter Mazzarri, who has decided to put on the transfer list.

With the Black Cats will sign a three-year contract, and his now former club will earn 11 million euros. Alvarez is in three seasons for Inter played 70 league matches and scored 11 goals.