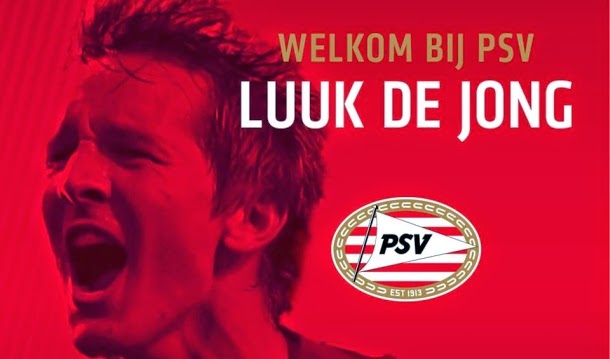 The Eindhoven side are believed to have paid around €5.5 million to bring the 23-year-old back to the Eredivisie after a disappointing two-year spell in the Bundesliga.

Seen as one of the brightest young Dutch talents when at FC Twente, De Jong was prolific and netted 39 goals in 76 league appearances before being snapped up by Gladbach in 2012.

However De Jong’s form in Germany dipped, with the forward scoring only eight goals in two-years, while he failed to net in a six month loan deal at Premier League side Newcastle United.

The move to PSV gives De Jong a chance to rekindle his confidence, and stake a claim for the Dutch national team, for whom he has made seven appearances.

De Jong told PSV’s TV channel, "I want to get back on the field and show my qualities,"


“The talks with PSV were very positive and I’m looking forward to playing here.”