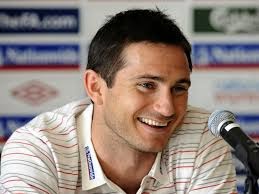 The experienced midfielder left Chelsea at the end of the 2013/14 season and will be unveiled at a Major League Soccer press conference.

He will join David Villa at the club, who completed his move earlier in the summer, who prepare for their first season in the league.

Lampard enjoyed an illustrious career in the Premier League, becoming Chelsea’s all time leading goalscorer in 2013.

His two goals away to Aston Villa helped him beat Bobby Tambling’s record and he left the club with 211 goals.

Lampard is expected to join Melbourne City on a short loan period before New York City officially start in the 2015 MLS.