The best moments of the World Cup

The best moments of the World Cup 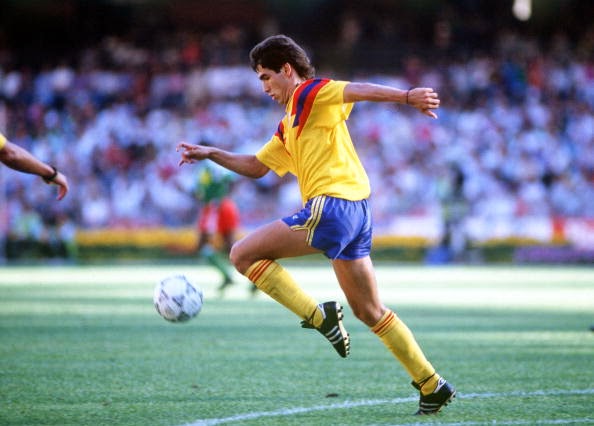 As the countdown to Rio in 2014 continues, here's a look back at some of the most hilarious and iconic moments of World Cup moments

In 2002, Roy Keane's decision to leave the Republic of Ireland squad divided opinion everywhere. Was he being a traitor to his country, or doing the team a favor? Keane's reason for leaving was his apparent dissatisfaction at the club's training facilities, leading him to return to his faithful Manchester.

Shortly after Zidane's momentous return to football after the Euro in 2004, one of Zidane's view memorable moments was his ensuing return to the World Cup in 2006th By the 110th minute of the game, tensions must have been high for Zidane, who headbutted Italy's Marco Materazzi in the chest. Materazzi was on the ground and Zidane was sent off to watch France be defeated by penalties.

Back in 1994, Andre Escobar was probably the least popular person in Colombia. The reason? On 22nd June in a match against the United States, Escobar found himself in a compromising position trying to stretch out to stop a pass from American midfielder John Harkes. In doing so, however, the ill-fated footballer inadvertently deflected the ball into his own goal, scoring for America and ending the World Cup dream for Colombia. He would later write in the El Tiempo newspaper: "Life does not end here. We have to go on. "

Perhaps not up there with the iconic goals, this hilarious moment certainly showed off the sensitive side of some of yesteryear's footballers. In 1962, Jimmy Greaves was slightly interrupted during a World Cup quarter final match against Brazil when a stray dog ​​came onto the pitch. Greaves took to his hands and knees and escorted the dog away, providing many laughs for the crowds. Greaves was said to have been so amused by the whole episode that he kept the dog as a pet.


The Hand of God

1986 was a memorable year for many reasons - the music, the fashion, but no more than Diego Maradona's famed 'Hand of God' goal in Mexico City. As England's goalkeeper Peter Shilton came out of the goal to punch the ball clear, Argentina's Maradona decided to use his hands too, reaching out with his left hand to score a goal for Argentina. The move was not seen by the referee and has gone down in history as one of the most debated did-he-did-he football moves.


Brazilian player Rivaldo should have been nominated for an Oscar for acting this effort at the 2002 World Cup. Turkish player Hakan Unsal Rivaldo passed the ball, hitting him in the leg. The Brazilian acted like he'd been shot. The worst part? The umpire fell for it!

With America hosting the World Cup for the first time, Diana Ross dances down the pitch during the opening ceremony and sprays a penalty shot wide. But the show must go on!


One of Zaire's (Now the Democratic Republic of the Congo) defensive linemen decided to break from his team's defensive wall and kick the ball before it was in play. Zaire went onto lose the match against Brazil 3-0.