Villa officially the first reinforcement of New York City ever

Villa officially the first reinforcement of New York City ever 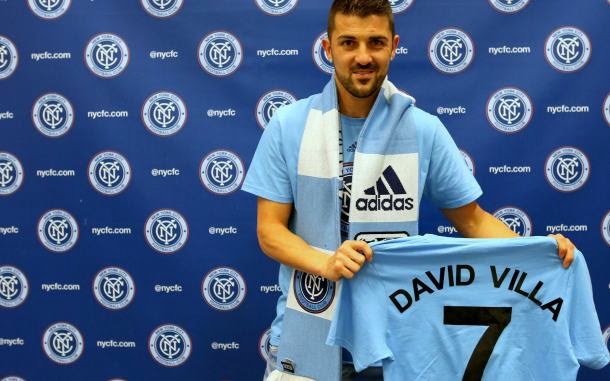 New York City is a club that is owned by Manchester City and intends to bring a number of European stars.

Villa has today signed a contract with this American club, and is expected to join him and experienced midfielder Frank Lampard.

"This is a new challenge for me and looking forward to it. Want to try to help in the development of MLS League and thus improve New York City. I'll try to provide a good party and scores goals," said Villa after signing the contract.

"Throughout my career, I've always tried to keep pushing myself to achieve new targets, and this represents another important goal for me," Villa said in the statement NYCFC.

Villa was played in Valencia, Barcelona and Atletico and for the national team of Spain has scored 56 goals, and goes to the World Cup in Brazil.