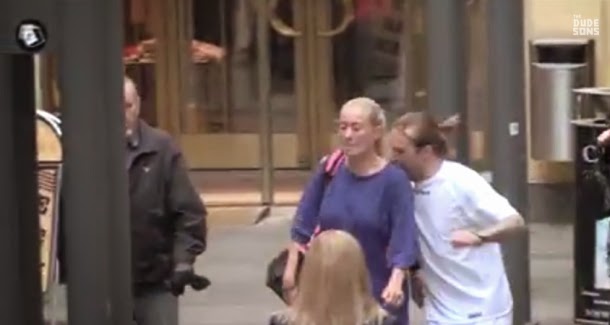 After Luis Suarez, the Uruguayan national team striker, on Mundial bit for shoulder Giorgio Chiellini, a defender of Italy, caused a real craze across the globe

In Finland have appeared individuals who imitate - and "attacking"  strangers on the street.

Seemingly quiet day, and seemingly ordinary walk to many have turned into a moment of horror when a guy dressed as a footballer - attacked from behind and bit for shoulder.

It is a joke of local comedians who imitated Suarez and with the help of friends recorded reactions "attacked" passerby after he lay down and pretended to be hurt the teeth, just as it did Suarez after "meet" with Chiellini's shoulder.