Quick and explosive Chileans too strong for fighting Socceroos

Quick and explosive Chileans too strong for fighting Socceroos 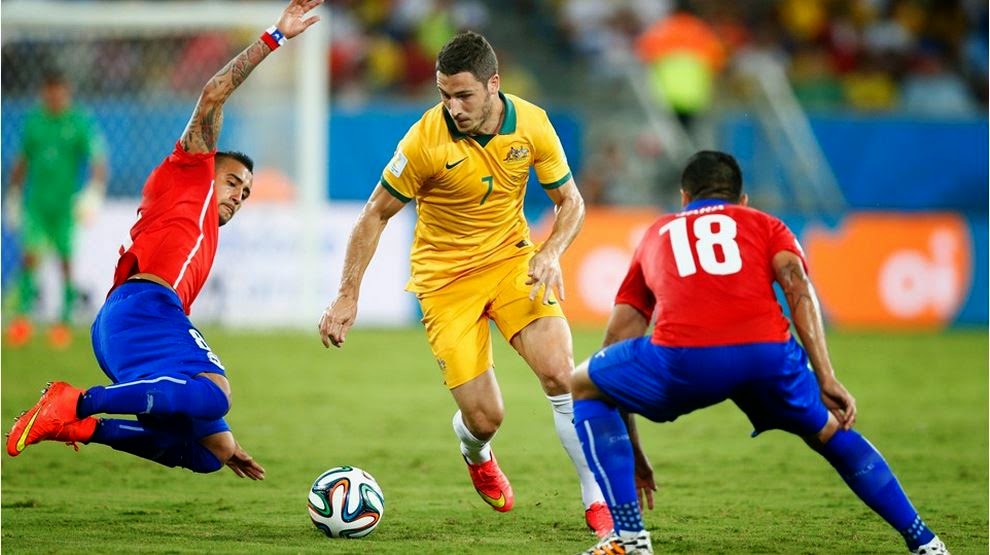 Excellent match at the Arena Pantanal in Cuiaba played Chile and Australia, the first victory in the competition have made South Americans 3-1

In quite open and quite fighting match carried by the support of over 15,000 of their fans Chileans are quite deserved won three points.

La Roja has been started furiously, but in the first 15 minutes they were ahead by two goals. In the 12th minute goal by Alexis Sanchez who has a rebounded ball put in the net. Two minutes later the same football player found himself in the role of an assistant, and a nice goal scored by Jorge Valdivia.

Socceroos are after received two goals relieve pressure, they began to threaten Claudio Bravo, and to decrease results came in the 35th minute. Tim Cahill jumped in his own style and great blow by head put ball in the net.

At the start of the second part are both teams had one great opportunity. In 57 minutes the ground was shoted Mark Bresciano, Bravo's fantastic intervened and kept his goal. On the other side after 62 minutes, Eduardo Vargas was hooking the ball over the keeper, but was swept Wilkinson throw the ball from the goal line.

In finishing of the match Chile's situation kept control, Australians moved the game on the opponent's half but failed to create any serious chance. The final result set is Jean Beausejour in injury time of the match.