World Cup: A disaster for the world champions, the Netherlands expressed candidacy for the title?

World Cup: A disaster for the world champions, the Netherlands expressed candidacy for the title? 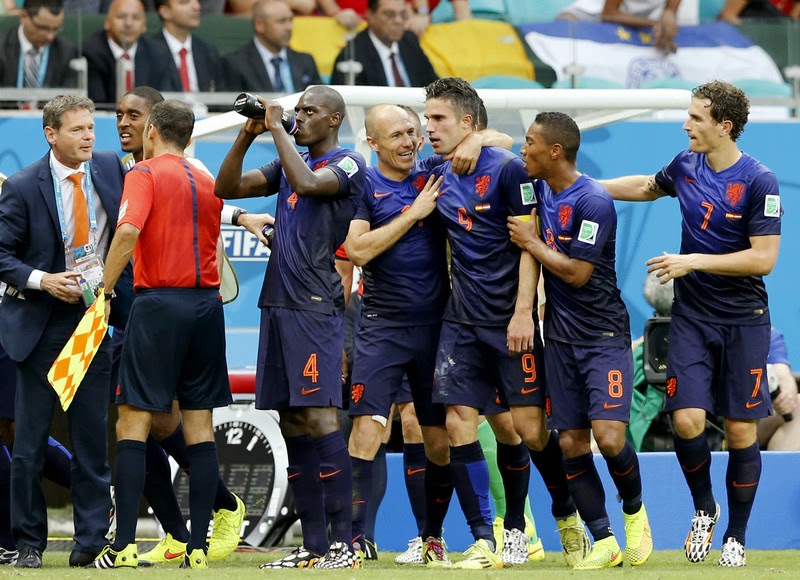 In a rerun of the World Cup finals from 2010. Tonight at the Arena Fonte Nova again met Spain and the Netherlands. The Dutch have been revenge for the defeat from South Africa and with 5:1 demolished Spaniards in El Salvador

The first big chance had the Dutch after eight minutes of play. Wesley Sneijder has escaped the defense of Spain, kicked, but at the right place is Iker Casillas, who comes to the rescue the Red fury.

This attempt was awakened Spaniards, who were most part dominated in the first half. After several dangerous threats in the 27th minute the Furies came to leadership. Diego Costa duel with Stefan de Vrij used to fall, and the Italian referee Nicola Rizzoli pointed to the spot.

Responsibility for the execution of penalties took over Xabi Alonso, who scored for Spain a 1-0 lead.

New great opportunity Spaniards had in 43 minutes. David Silva came alone with the keeper of the Netherlands, but the goalkeeper Jasper Cillessen is with fantastic defense saved his selection.

Punishment for failure came just a minute later. Great throw Blind is on fantastic way on his head into goal scored Robin van Persie to level the score at 1-1.

With this result, is gone on rest, and after less than 10 minutes below the Oranje reached the turning point. Arjen Robben has accepted the ball in the penalty area. Sleeping Spanish defense failed to stop him during a shot, and the ball ended up behind Iker Casillas for the advantage of Netherlands 2-1.

Robin van Persie in the 60th minute shook the crossbar, to make a new shock to the current world champions came just five minutes later. Stefan de Vrij took advantage of a mistake Iker Casillas and defense of Spain, and he hit for big 3-1.

Manchester United striker Robin van Persie had another chance in the 70th minute. Another good shot was blocked by Iker Casillas. The legendary Spanish goalkeeper three minutes later made ​​another terrible mistake. Badly received the ball, Van Persie was at the right place, and a mistake from Casillas used to achieve the goal for 4-1.

Disaster of Spain continued seven minutes after the fourth goal. Robben is as fast train passed Ramos, played a trick with Casillas, and he hit for large 5-1.

Casillas has until the end with a few incredible defense saved the Red Furio even greater disaster, and remained 5-1 for the Netherlands.