Messi scored in injury time for the victory Argentina against Iran

Messi scored in injury time for the victory Argentina against Iran 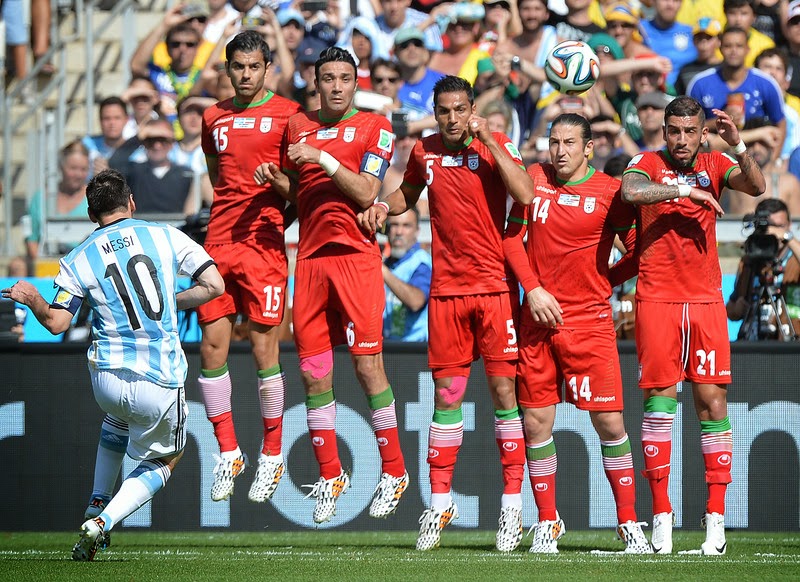 National team of Iran was one step away from big sensation against the big favorites Argentina in the second round of Group F World Cup in Brazil. Until 91st minute the score was 0-0, and then Leo Messi scored for 1-0 and new victory of Argentina

Iranians are already in the first half, which was not overly interesting, proved to be a tough nut against Argentina. They are well organized defense and Gauchos had unsuccessful attacks. So the net in the first 45 minutes rested.

In addition, the Iranians are playing a little braver and more openly, and had created some promising chances, but failed to realize.

In contrast, the Argentines are often trying to threaten opponents goal, but they did not gave the result as in the first part, until the very end, or up to 91st minute when Messi left foot sideways from a 20-meter firing and scored Iranian net for 1-0 victory.

Argentina now from two matches has a maximum six points and held first place in Group F, where another team of Bosnia&Herzegovina and Nigeria that their match play tonight at midnight. Messi and company are easily entered the match with Iran and that they are almost backfired. However, Messi is the umpteenth time was a player of decisions. Iranians are in finish of the meeting had three good opportunity to score a goal and they come in the lead, but them in the final lacked concentration.

Tonight at midnight in this group will meet national team of Bosnia&Heregovina and Nigeria.