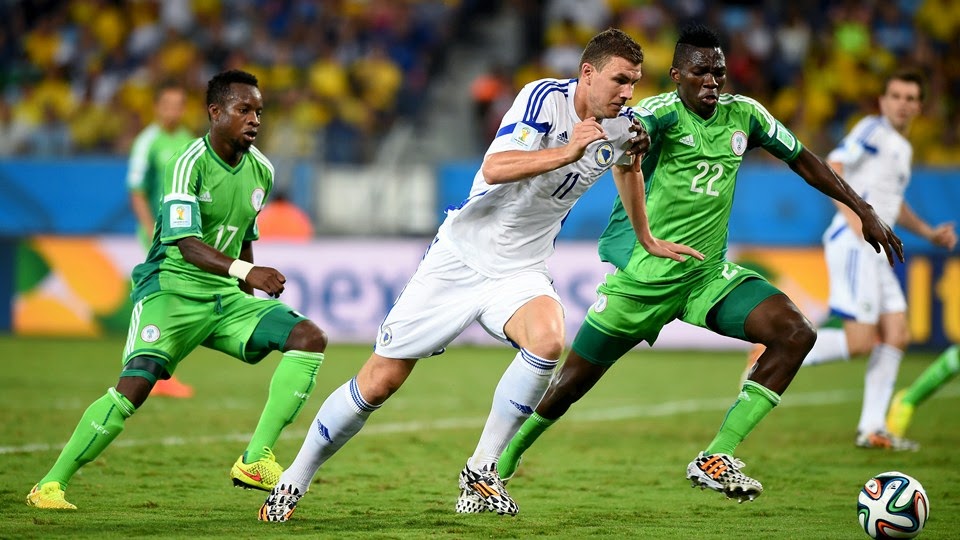 Goal by Odemwingie in the 29th minute Nigeria in the second round group F beat Bosnia-Herzegovina, which has remained so round before the end of the group stage without opportunities to achieve placement to next round of World Cup

In a duel of two tied teams first threatened Bosnia and Herzegovina. Twice excellent assists in opportunities Dzeko threw Pjanic, and while once Enyeama Dzekos shot defended, the second time the attacker Bosnia was accurate, but referees from New Zealand Peter O'Leary canceled due to a non-existent offside .

In the 29th mintue Emenike on the right side of the attack escaped today slow and unconvincing Emir Spahic, who complained to the offense, and assisted for Odemwingie, who scores next helpless Begovic for 1:0.

In mutual open match Nigeria has sent as many as 20 shots on goal Bosnia and Herzegovina, of which 13 in the frame of the goal, while Bosnia and Herzegovina sent 18 shots, 10 of which went into the goal Nigerians. Closest equalization was Edin Dzeko in injury time but his shot from seven meters in the post his foot turned goalkeeper Enyeama.