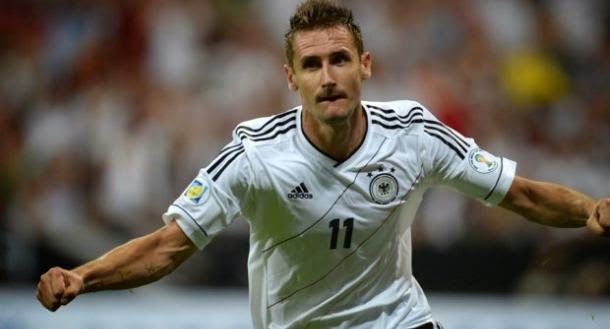 Brazil overcome Serbia least 1:0 and with the same result and Croatia overcame Australia. Germany is in the second half filled up net of Armenia

The match was played at the Morumbi stadium in Sao Paulo, and the Brazilians, who will on June 12 in the same city, but on another stadium to open the World Cup against the Croatian, this was the ninth win in a row. While in the nine of these duels scored 30 goals and receiving only two.


To goal Brazilians finally came in the 59th minute when Thiago Silva came into half guests and threw toward atackers, and Branislav Ivanovic reacted weakly, allowing the ball to come to Fred, who is swept checkmated Vladimir Stojkovic inside the post. Below is Serbia againcreat several opportunities, Milos Jojić even hit the post and, in 74 minutes the host unjustified goal disallowed for offside Hulk that did not exist. The result is not changed by the end.

An interesting match in Salvador played Australia and Croatia in which the harder injured Danijel Pranjic.

Already in the opening minutes is seen how it will be extremely strong fight, and the first real chance is waiting until the 20th minute. Excellent attempt had Eduardo da Silva, but the goalie Ryan defended.

Just a minute later, Danijel Pranjic is for severe breaches must to leave the pitch. Croats were very angry, and the first half did not bring much chance, on rest went without goals.

Croatia is to the lead reached after 58 minutes. Luka Modric is with the help of the Australian Defence hired Nikica Jelavic, who scored for a 1-0 advantage.

By the end of the meeting there was no chance. Croatia has managed to keep the advantage and have achieved the victory in the final preparation match before the start of the World Cup.

In the shadow of injury Marco Reus, Germany in Mainz in the final match before the World Cup won with 6-1 Armenia. The entire first half is chosen Joachim Low struggled to finally broke through the defense of guests after 52 minutes. Lukas Podolski threw in from the left side into the middle, Andre Schürrle is cleverly tucked the ball into the net.

Armenia equalized in the 69th minute after Kevin Groβkreutz start in the penalty area stopped Gevorg Ghazarjan, and from white point Henrikh Mkhitaryan is checkmated club teammates from Borussia Dortmund Roman Weidenfeller. The Germans were jolted after recived goal and until the end achieve five goals.

First, the scorer was Podolski assisted by Mesut Ozil, then the belly tucked the ball into the net Benedikt Höwedes to indestructible Miroslav Klose scored 69th goal for national team jersey for 4-1. Broke thus alone in first place of eternal list of German shooters, leaving behind Gerd Mueller (68). Last two goals scored by Mario Götze, and also includes the very cheerful Podolski, who concluded the match with a goal and three assists.