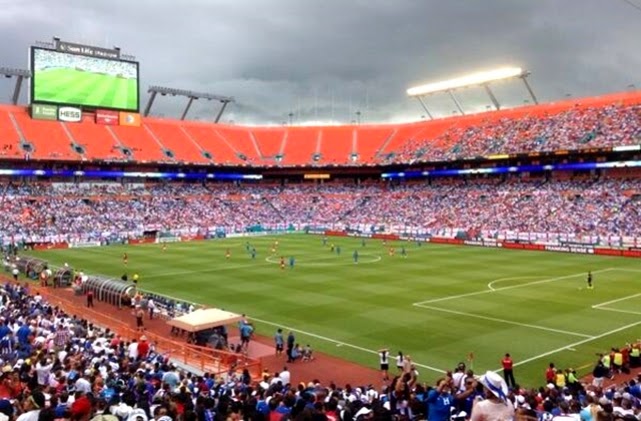 On Saturday night in Florida played another interesting friendly match, and met the two participants of the upcoming Mundial in Brazil, England and Honduras. Their first mutual match in the history was interrupted after 23 minutes

England is in the match entered with much better shape because in the last two test enroled by a victory and a draw, while Honduras at the same time suffered two defeats. The players are with sad faces gone into the locker room.

Thunder and lightning interrupted the game tonight and the weather forecast says that the lightning struck just two kilometers away from the stadium where playing a friendly match.

Referee Ricardo Salazar told for The Independent TV that will be in the the next 30 minutes to know whether it will continue the same match.

After a 30 minute break after the stabilization of weather, the match continued normally. The end result was 0-0, and Honduras has from 65 minutes play with one less player.