FIFA will investigate Suarez bite - after the game spoken and Luis

FIFA will investigate Suarez bite - after the game spoken and Luis 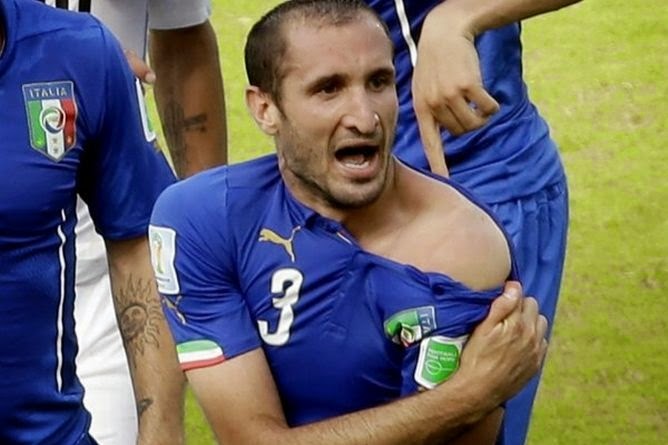 International Football Federation (FIFA) has confirmed it will investigate the incident in which the Uruguayan striker Luis Suarez bite for shoulder of the Italian center-back Giorgio Chiellini.

It happened during a duel 3rd round group D in which Uruguay beat Italy 1-0 and placed itself to second round of the World Cup. Win Uruguayans still remained in the shadows failure of their attacker who already the third time in his career bite an opponent during a game.

"We are waiting for the official report from the match to obtain all the necessary elements for the assessment of the case," said a spokesman FIFA.

After the game spoke out and Luis Suarez. He has reportedly spoken to Spanish newspaper El Pais shortly after the incident in which he apparently bit Italy defender Giorgio Chiellini on the shoulder.
Suarez seemed to avoid the obvious question, instead suggesting that the result was a testament to his teammates and the hard work they put in. Uruguay ultimately won the clash after Diego Godin headed home from a corner eliminating the Italians.

This is not the first time that Suarez has had a moment of controversy at the World Cup. In 2010, he was responsible for Ghana's elimination, in part, after he handled a goal-bound effort in the final minutes of their Quarter Final win over Uruguay. Suarez was sent off for the incident.

Suarez said: "Uruguay is celebrating, we have qualified and now we are going to celebrate this moment because next we have to start thinking about our next opponents.

"The truth is that the team worked incredibly hard and we deserve it. After making a bad start to the group against Costa Rica, the best we deserved was this and we showed that we deserve to stay in this World Cup.

"The heat was incredible and we were worn out."