Americans against Germany without Altidore

Americans against Germany without Altidore 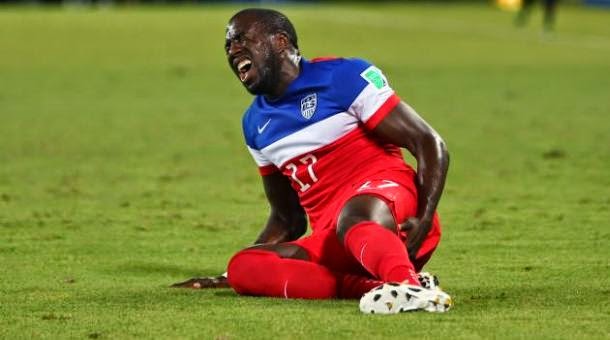 Striker football team of the United States Jozy Altidore will miss the final game of his national team in Group G, which will play against Germany

United States coach Jurgen Klinsmann said on Tuesday that Jozy Altidore will miss the U.S. World Cup game against Germany on Thursday because of his strained left hamstring.

Altidore was injured in the Americans' opening 2-1 win against Ghana on June 16 and did not play in Sunday's 2-2 draw against Portugal.

"Jozy is recovering really well," Klinsmann said. "He's doing a tremendous job. Our medical staff is on top of it. This game comes still too early for him, but we're working on him. We're getting him back in this tournament, as we said. So once this game is done - hopefully successfully - we'll have a good chance to have him back then in the team. "

"We have a distinct advantage because we have guys who are German-Americans who know these guys and play in the German Bundesliga with them," Howard told on Tuesday. "If it's the 80th minute and the score is to our liking, we might take our foot off the pedal a little."