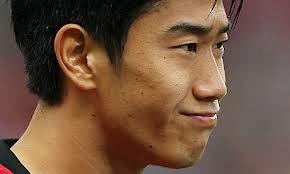 The 25 year old Japanese star has had a difficult two years with the Red Devils since joining from Borussia Dortmund and has failed to really establishing himself in the first team.

After reported interest from clubs including Napoli, his agent, Thomas Kroth, spoke to German newspaper Kicker stating his clients' plans for the summer.

"Shinji will play the World Cup first and then evaluate what are the plans with Louis van Gaal [the new manager of Manchester United]. At present it is difficult to say if he will leave the club," his agent clarified.

Kagawa made ​​26 appearances in all competitions this season for United, failing to hit the back of the net.