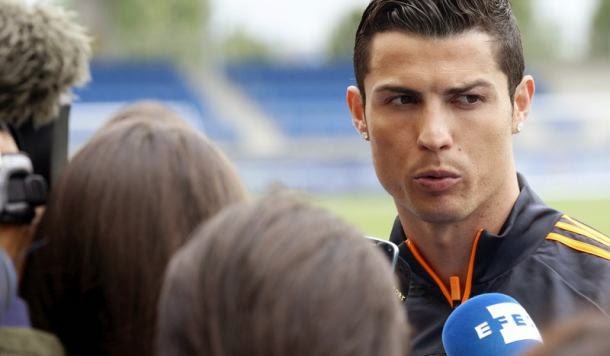 Ronaldo has not played in the last few matches of Real in order to be fully ready for the Champions League final against Atletico Madrid in Lisbon, on 24 May.

How Ronaldo claims, one of the best footballer of the world until the beginning of the match to be one hundred percent healthy and able to play.

"I'm currently 100 percent ready, but I will be until Saturday and the match against Atletico Madrid," said Ronaldo, adding:

"I signed for this club that I won trophies and I am very happy that I will play my first Champions League final at Real Madrid. We are Full of optimism. We focus on the finals and try to take maximum to be focused on the game."

Apart from Ronaldo, completely ready for clash with city rival will be the Welshman Gareth Bale.