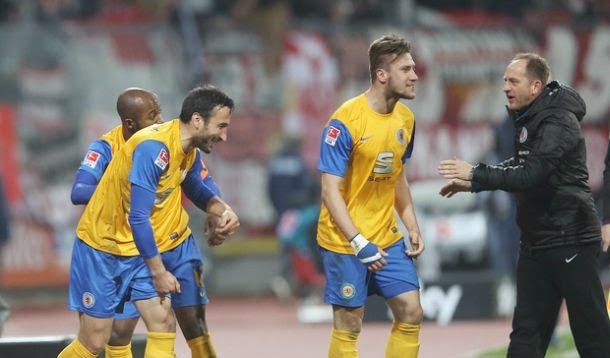 After Eintracht from Baunschweig left the company of the best German clubs, there were speculations that the national team member of Bosnia and Herzegovina Ermin Bicakcic on target Hoffenheim

Speculation about which media speculated today received confirmation, because the best athletes in Braunschweig 2013th year signed a three-year contract with Hoffenheim to 30 June 2017.

Sporting director TSG Alexander Rosen is convinced that this defender with his quality in a significant way to contribute to the quality of the defense team from Sinsheim.

Bicakcic the previous season in the Bundesliga enrolled 31 appearance, and began his professional career in the ranks of Stuttgart, who had left due to lack of minutes he had, and joined the ranks of Lions.

Playing for Eintracht Frankfurt won a place in the Bundesliga, and in the season 2012/2013 was named best defensive players in Bundesliga 2.