Mijatovic convinced "Tiki-taka is not dead!"

Mijatovic convinced "Tiki-taka is not dead!" 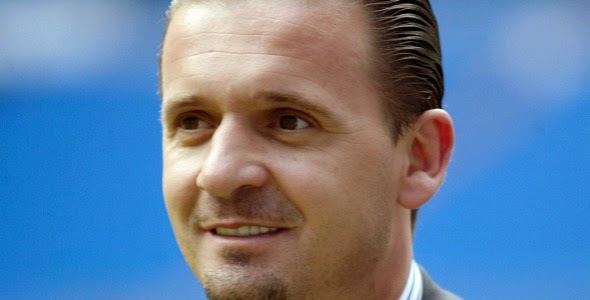 In an interview for the Spanish Marca, the famous football player presented his review of the epilogue semifinal matches in the Champions League, but also the style of play, which until recently was dominant in Europe

As for the duel between Atletico and Chelsea, Predrag Mijatovic is with  praised the strength and discipline in the game of Diego Simeone, as a key player in the victory over Mourinho's ''The blues'' and placement in the finals of the Champions League said Adriano, the scorer of one of the three goals Atletico at Stamford Bridge.

Of course, as a former football player at Real Madrid, whom is with  goal against Juventus 1998th year brought a European title, paid more attention to is with  games matches between Real Madrid and Bayern and a convincing victory Madridistas.

After Real Madrid's five goals in two matches with Guardiola's team, many are convinced that'' tiki-taka'' as, until recently, the dominant style of play in the practical stage of dying, but Mijatovic has a different opinion.

"I do not agree with that. Tiki-taka is not dead, and I believe it will stand as an important style of play. Barcelona it was a few years ago led to perfection, but to apply it in a different team, a different country, with different players, as Guardiola tried in Bayern, really was a difficult task. I think that Bayern have learned a lesson from this defeat.

Perhaps tiki-taka was applicable in Italy, I even sure, but honestly, I was more like it style of play Real Madrid, and the manner in which Atletico plays,'' admits Mijatovic.