He does not have a club, but has woman that likes to show everyone

He does not have a club, but has woman that likes to show everyone 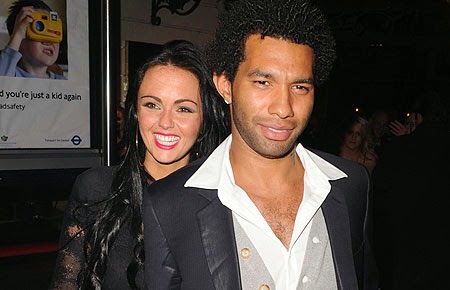 Former Arsenal footballer, Liverpool and Birmingham may currently has no club, but at home he is certainly not boring

Germain Pennant does not care that has no team since January. But at home waiting for him an attractive model Alice Goodwin, which is a former football player of Arsenal, Liverpool and Birmingham recently married.

The "bad boy" of English football may not have been lucky during football career, where he repeatedly arrested, but in the love life bonus received which indicates the translation of the surname of his chosen ones "good victory".
Pennant was the first footballer in the Premier League who wore a noose around his feet prescribed by the authority of law and order, but even that apparently does not bother attractive Alice who loves to get dressed sexy "shows" on social networks.

The couple got married in a private ambience but the party is organized in a private hotel in Manchester. And, if you believe the English media it was crazy and unforgettable.

at 9:54 AM
Email ThisBlogThis!Share to TwitterShare to FacebookShare to Pinterest
Labels: Alice Goodwin, Germain Pennant, WOMEN