Will Suarez continue a fantastic series against Norwich?

Will Suarez continue a fantastic series against Norwich? 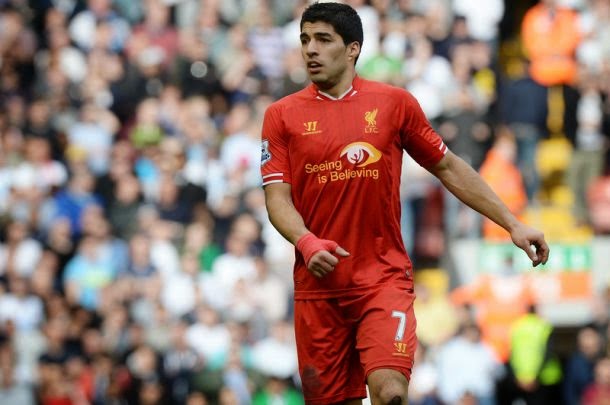 Liverpool will play today at Norwich, and the fans of this club in particular are afraid of one man. Their club is a regular customers best scorer of the league

Luis Suarez will the third time in his career to run out at Carrow Road, and the two previous times he was unkind to the host. Uruguayan is in these meetings scoring by three goals, and in the last duel of the two teams, which is played in December at Anfield, Suarez four times shacked net of Norwich.

Norwich is in an extremely difficult situation. From the position that lead into the relegation competition shared by only two points, and besides Liverpool in the remaining three rounds will have to play with Manchester United, Chelsea and Arsenal.

Today from 13:00 pm will have first attempt to win gold valuable points, but Liverpool is so close to championship titles will not be an easy opponent. It is an opportunity for Suarez to get closer to the record of the English Premiership in the number of goals scored in one season. Uruguayan has so far scored 29 goals, and in front of him are Alan Shearer and Cristiano Ronaldo which on their account each have 31 goal. As Suarez plays against a canary, a new record could be set already at todays match.