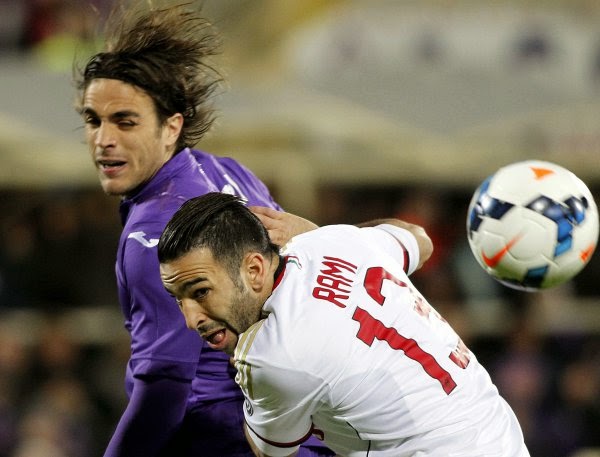 Valencia footballer who currently plays on loan at Milan, Adil Rami, could put on jersey of Manchester United next season

French internationals played very well in the Milan team. This defender has played 13 matches in Serie A, and although it is not an overriding task he was excellent in attack - scored 3 goals and added one assist.

Milan has an option to buy his contract at the end of the season, but probably will not use it.

Rami's price is 12 million euros and not even cent less, allegedly in Valencia offended because Milan wanted to drop already agreed price, and now offer it to other clubs.

This is tracked a Manchester United that inquired from Spaniards how much Rami cost, and get the same answer - 12 million euros.

For someone to have 200 million pounds in the summer is not a problem to allocate 12 for the player who plays the position of in a team that is missing. It all takes place quickly and it is possible that this transfer will be made ​​official soon.