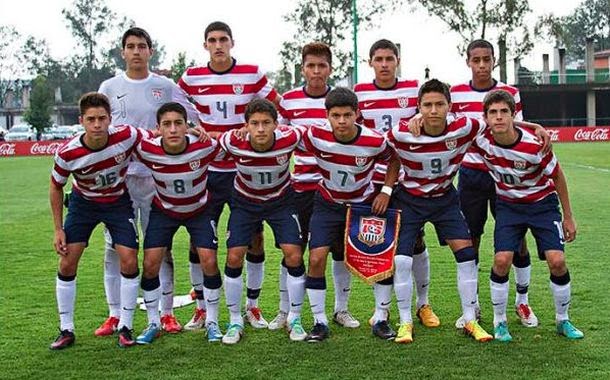 U-17 USA national team with a convincing 6:0 overcome the peers from Montenegro at the tournament "Josip Katalinski Skija"

Technical fantastic shod U-17 team of the United States dominated was encounter with fantastic precise passing game. Action for 3-0 was a minor key from the Barca school and scorer was Joe Gallardo with great volley strokes.

Although they led 3-0, the Americans did not give up on their modes of play and the ball for the most part the first half was in possession of the team from the other side of the Atlantic. Before going on half Wright fantastic game in this match confirmed his third goal for the hat trick.

Montenegrins had two chances after two excellent play down Burzanović, but on both occasions goalie Kevin Silva intervened in the right way.

In second 40 minutes tempo of the game is quite subsided, and the Americans reached the final 5:0, although Wright ball volleyball jargon said "cooked" in a net of Montenegrins, the main refree of the match Haris Kaljanac has not seen his playing with his hand, and pointed to the center. What was the final score of the match.

All those who are watching today's match at the stadium "Otoka", could enjoy the fantastic game by U-17 selection of the USA, and their technically polished game should not be surprising considering that one of the coaches in the youth teams of the United States until recently worked in Barcelona's academy La Masia.